The fleet of “Semey Bus” LLP was replenished with 60 new buses produced by “SemAZ” LLP and “Daewoo Bus Kazakhstan”. By the end of July, 110 new buses will start running in the city. 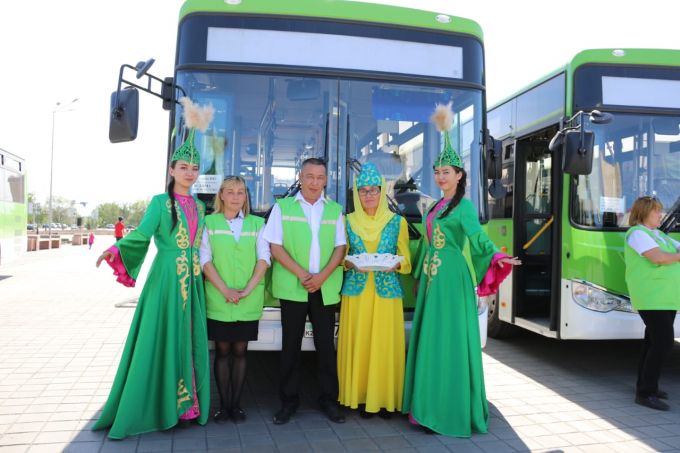 The bus fleet renewal project is being implemented with the participation of “DBK-Leasing” JSC (a subsidiary of “Development Bank of Kazakhstan” JSC, is part of the structure of the National managing holding “Baiterek”). The total cost of the project “Renovation of public transport of the city of Semey” is 4.1 billion tenge, of which 3.5 billion tenge was allocated to “DBK-Leasing” JSC with a term of 7 years at 7% per annum.

— As a result of this project, up to 90% of the bus fleet of the city of Semey will be renovated. This will allow not only to solve the problem of bus transportation in the city, but also to create productive jobs. The new buses meet modern environmental standards. In general, such cities as Shymkent, Atyrau, Semey, Pavlodar and Kokshetau already take part in the Integrated Program for the development of bus transportation approved by the Government of the Republic of Kazakhstan. In these regions, 163 buses have been transferred to these regions, and the number of buses accepted for production is 452. Implementation of the Program is designed for 15 years and will cover all regions of Kazakhstan, – noted the press service of “DBK-Leasing” JSC.

Renewal and advancing public transport of Pavlodar and Kokshetau

In the honor of the 74th anniversary of the Victory in the Great Patriotic War the employees of “DBK-Leasing” JSC congratulated the veterans on Victory Day!